Dr. Carol Ann Barry is a Nationally Certified member of MTNA. Her piano training has included several degree programs as well as study abroad. Sel​ected to serve as a Rotary International Fellow, she studied at the Goethe Institute in Munich, and the Hochschule für Musik und Darsteleende Kunst in Hamburg, Germany. Dr. Barry is interested in the pedagogical work of internationally renowned pedagogue Abby Whiteside. Her doctoral work included extensive studies in New York City with pianist Sophia Rosoff.

Dr. Barry is a frequent presenter at music conferences at the state and national levels. Her creative teaching style has enhanced her ability to work with children with diverse learning needs. Dr. Barry served on the organizational committee of the 2005 WPPC Conference in Anaheim, California, and has presented several papers for the organization, including the lecture, Outlining-A Crucial Practice Technique, at the 2009 national conference in Arizona. A lecture recital featuring the Preludes, Op. 64, by Cesar Cui, was presented at the College Music Society national conference in 2010.
Between 1995 and 2000, Dr. Barry served as the Director of Keyboard Studies at the Columbia Institute of Fine Arts, in Falls Church, Virginia. During her tenure at Columbia, she developed and directed the Columbia Pedagogy Series, which served as an outreach to teachers and musicians throughout the Washington area. She was the founding director of the Columbia Concert Series at CIFA, which presented some of Washington’s finest artists and performance ensembles.
Orchestral appearances have included the McLean Symphony, Reston Community Orchestra, and the Columbia Orchestra in performances of Addinsell’s “Warsaw” Concerto, and the Carnival of the Animals, by Camille Saint-Saens,. She also performed Mozart’s Concerto in D Minor, K. 466 and Chopin’s F Minor Piano Concerto. Dr. Barry spends significant time teaching in her private piano studio, located in Cary, N.C.
A collaborative pianist, Dr. Barry currently serves as an accompanist for the widely diverse voice department at the University of North Carolina at Chapel Hill. In the fall of 2015 she performed a piano trio concert with local artists Samford Enseln and violinist Petia Radneva Mantalova. Solo performances have included an all-Beethoven program featuring the piano sonatas of Beethoven’s middle period.
Dr. Barry received a Baccalaureate degree from Old Dominion University, a Masters of Music in Piano from the University of Louisville School of Music and a Doctorate of Musical Arts from James Madison University in Harrisonburg, Virginia.
Read more
Categories: Concert Live Stream
Oct
22
Fri
Fourth Friday Concert Series @ Ruggero Piano
Tickets
Oct 22 @ 7:30 pm – 9:30 pm 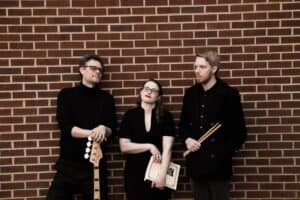 The Hillsborough Street Jazz Trio is a Raleigh-based jazz piano trio with broad-ranging influences from from Brad Mehldau to Tom Waits. This Valentine’s concert will feature classic love songs as well as some offbeat favorites that celebrate the twists and turns of a relationship.
This event will be ticketed at the door: $13 adults, $10 students/seniors and children. Masks are required during the performance, capacity will be limited to 60, and social distancing is encouraged.
*If you have already purchased a ticket for the Free Spirits Ensemble concert that was originally scheduled for this day, you may choose to redeem it for this performance; alternatively, you can save it for either the March 26th Free Spirits concert or the ensemble’s postponed concert to be announced next season.
Hillsborough Street Jazz Trio Concert Program – 02-12-22
Read more
Categories: Concert
Feb
25
Fri
Fourth Friday Concert Series – Friday, February 25th, at 7:30PM @ Ruggero Piano
Tickets
Feb 25 @ 7:30 pm – 9:30 pm 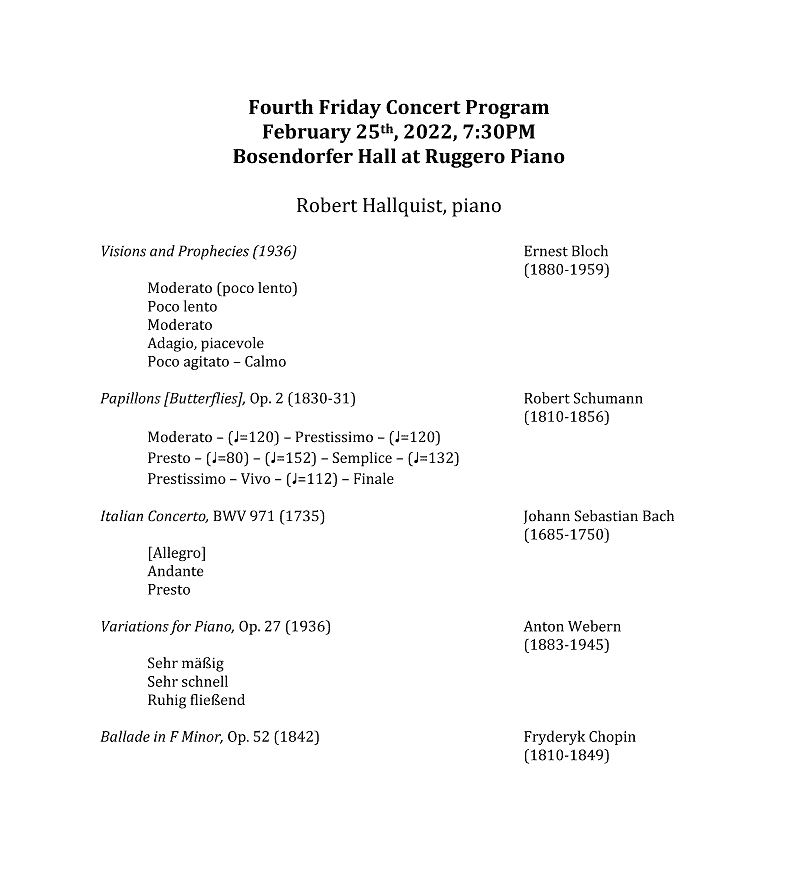 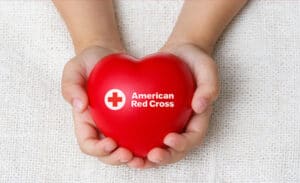 We hope you can join us in the fight to save lives at our first ever Red Cross Blood Drive, hosted at our Bosendorfer Hall! Appointments for giving power red or whole blood will be available from 10:30AM-2:30PM on Wednesday, March 2nd, and there will be a drawing for Ruggero Piano door prizes for those who participate. See you there! 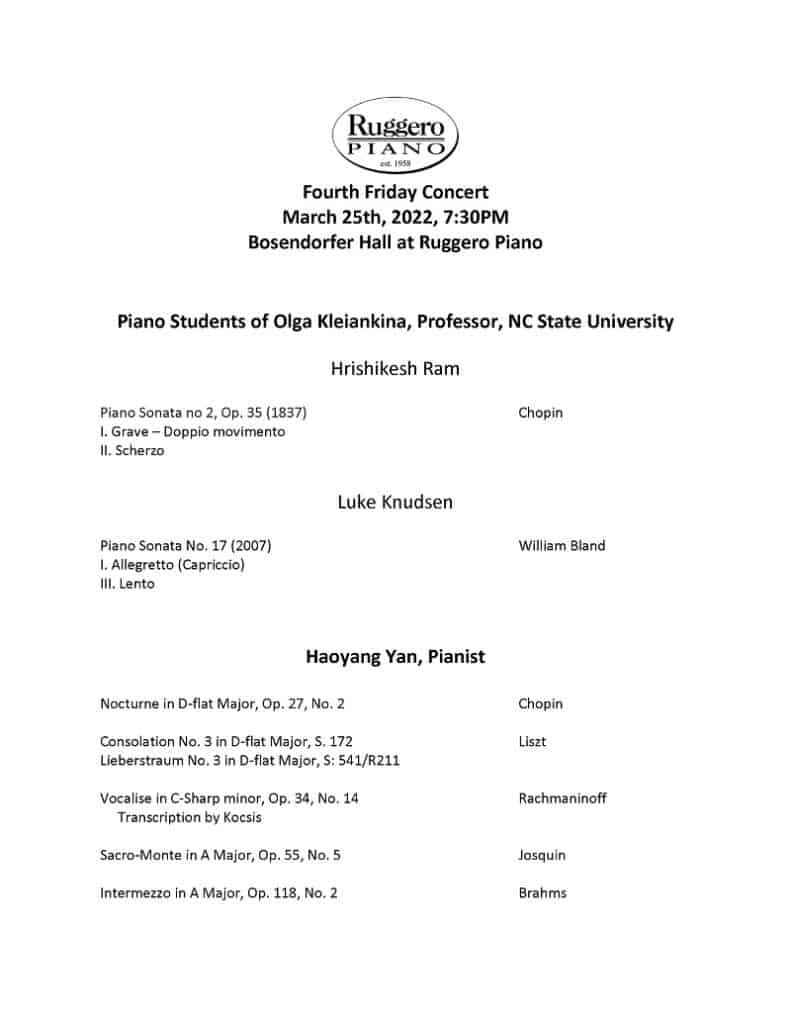 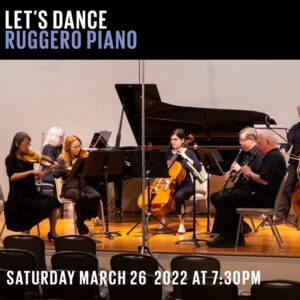 After almost two years, the Free Spirits Ensemble is back in Bosendorfer Hall at Ruggero Piano – and ready to dance! Our concert begins with Michele Mangani’s “Tre Danza Latine”. Next is featured “Four Unknown Dances” by Lanette Lind. We then shift to South American with four selections from Jobim and Piazzolla, arranged by Jim Williams – all designed to warm an early spring evening with Terpsichore.

Oblivion for violin, cello and piano

FOR CLARINET, VIOLIN, CELLO AND PIANO

Shadow of Your Smile | Johnny Mandel 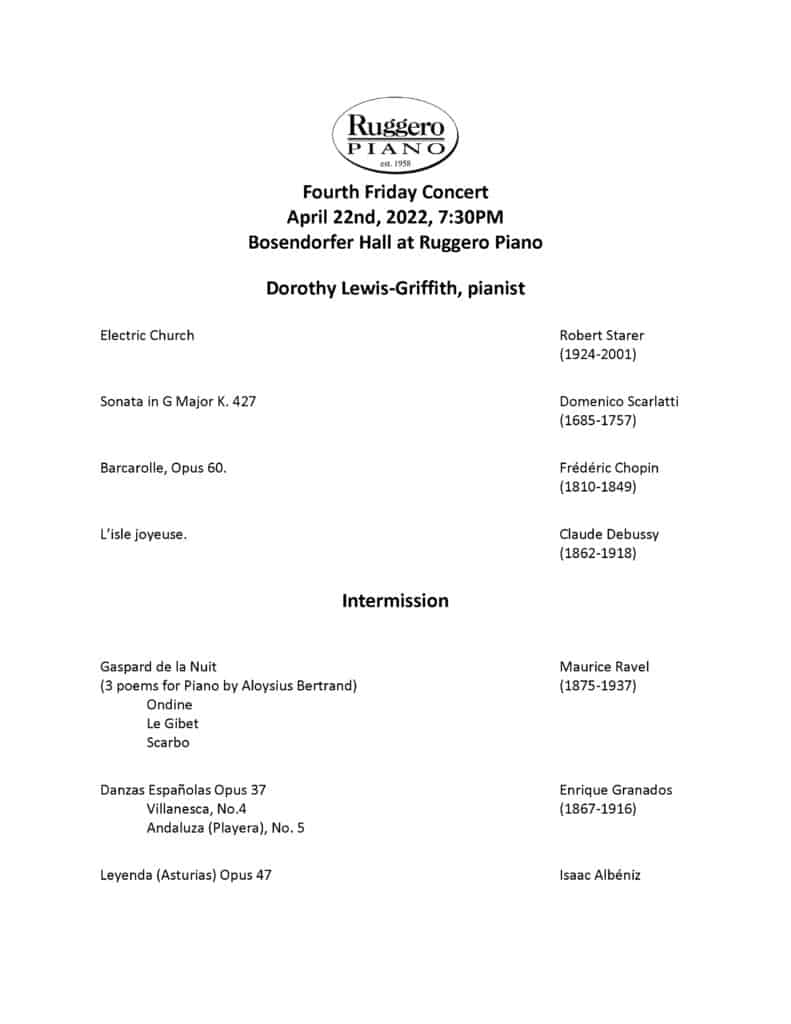 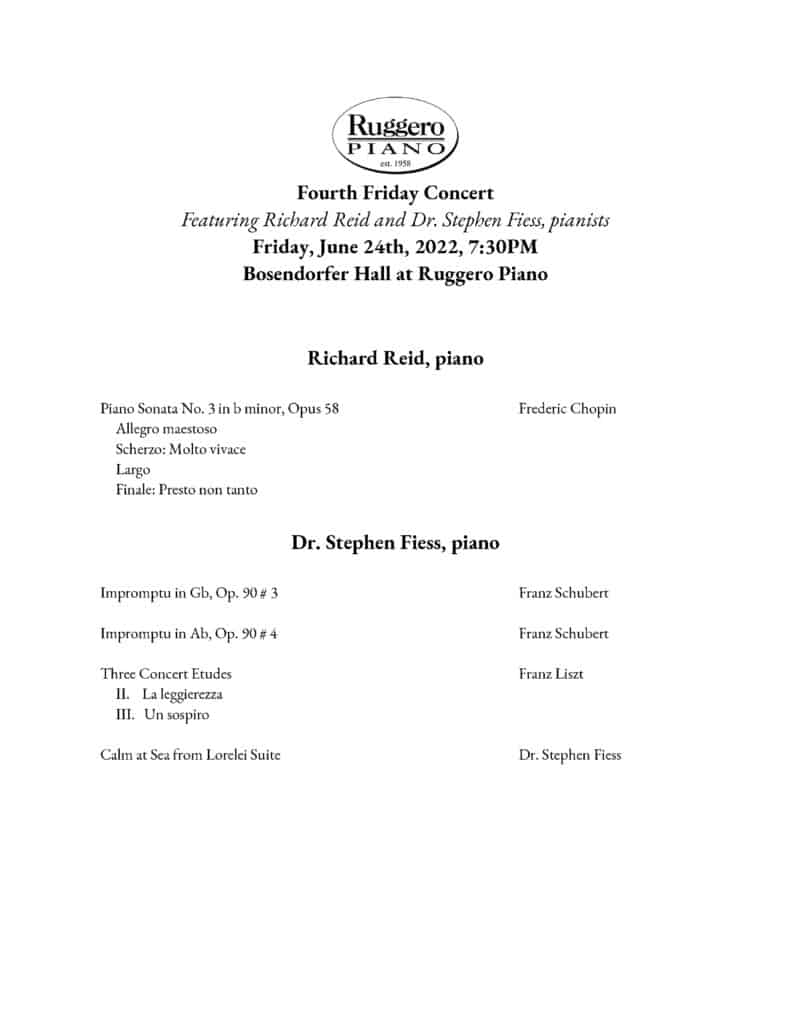 Not only does Richard have an incredible ear, he also know the intricacies of different pianos. He's able to bring out the best of every piano making it be the most that it could ever wish to be. - Rick Grooms