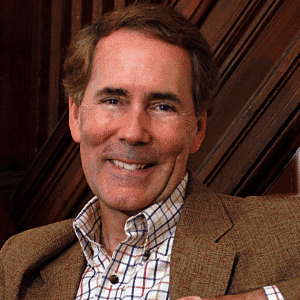 Dr. Savage will demonstrate stylistically correct performance practice of music in the Baroque and Classical periods using commonly-known intermediate, advanced-intermediate, and advanced level repertoire representing a wide range of composers. Playing numerous examples, Dr. Savage will cover: articulation, phrasing, dynamics, pedaling, ornamentation, tone quality, tempo markings, Urtext versus edited scores, expanded practices, and the reasons (musical logic) behind each. Additionally, he will demonstrate specific techniques for how to develop and practice different levels of articulation with a simple, easy-to-remember system. Known for his clear, fun, informal delivery which is jam-packed with information and helpful tips, Dr. Savage will welcome questions and audience interaction throughout the presentation.

Dylan Savage is a Bösendorfer Concert Artist, a Capstone Records Recording Artist, and a winner of the Rome Festival Orchestra Competition. He is author of the book The Transposed Musician: Teaching Universal Skills to Improve Performance and Benefit Life, GIA Publications. It is the first book to present a comprehensive and systematic method for teaching universal skills within the context of the music lesson. Dr. Savage is co-author of the piano pedagogy book A Symposium for Pianists and Teachers: Strategies to Develop the Mind and Body for Optimal Performance, Heritage Music Press. He is the author of numerous articles found in Clavier, Clavier Companion, American Music Teacher, and Pianoforte magazines.

Dr. Savage pioneered the use of slow-motion video analysis to help pianists improve performance and minimize injury. His research in biomechanics, wellness, and entrepreneurship has resulted in numerous master-classes at top music schools and national / international conferences. For decades, Savage has used live music performance to teach in-depth practices of universal skills and continuous improvement to people in non-music disciplines. Applying universal skills to the study of music and to life is the foundation of his studio teaching at UNCC. His work has been featured in television spots on NBC and PBS affiliates.

Dr. Savage is Professor of Piano at the University of North Carolina-Charlotte. He has degrees in piano from the Oberlin Conservatory and Indiana University Jacobs School of Music. Drawing inspiration from the outdoors, he can often be found skiing, hiking, biking, or canoeing. 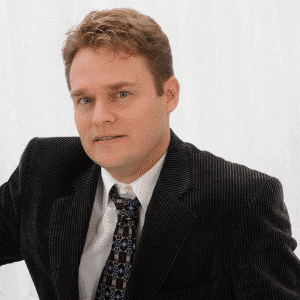 The Romantic Era was an inevitable result of developments in the Classical era. In this presentation I will discuss, with examples, works by Beethoven, Clementi, and others that foreshadowed the era. This will be followed by a look at the specific stylistic traits of the era, as well as the boundaries of it. Pushing the boundaries would eventually lead to new styles. Another important part of the presentation will deal with the era’s developments in piano technique, piano schools (French, Russian), and how we can apply this to teaching intermediate to (early) advanced works to our students.

Dr. Vincent van Gelder was born in Rotterdam, The Netherlands.

He has won top prizes in many national and international piano competitions, including the Liszt-Garrison International Piano Competition, New York Artist International Competition, and St. Louis Artist Presentation competition. He has performed in several countries in Europe, and in many states in the US, including a well-reviewed solo recital at Carnegie Hall. In 2008 he nearly lost the index finger to his left hand but thanks to a successful surgery he made a near full recovery. He has been a soloist with several orchestras. As a chamber pianist he performed with musicians like Dmitri Sitkovetski, members of the Ciompi Quartet, Red Clay Quartet, and his wife, Inara Zandmane. He has collaborated with several composers including the Argentinean composer Alejandro Rutty, who wrote a piano concerto for him that he premiered with the University of North Carolina at Greensboro Symphony orchestra.

Recent highly acclaimed performances were in London, England and at the Van Cliburn Festival. Upcoming concerts include Harpa Hall in Reykjavik, Iceland where he will play the world premiere of one of his own works, a large multi movement piece based on Icelandic legends, this will be accompanied by art work from his 13 year old daughter, Natalie van Gelder.

Their new project “Ardenuir-The Stone in the Sword” will begin its world premiere later this year.

Vincent’s recordings have been played on radio and tv stations in the US as well as The Netherlands.

Dr. van Gelder studied in Holland, Latvia, and the US, receiving two masters and subsequently a Doctor of Musical Arts degree in piano performance, from the University of Missouri at Kansas City. His most influential teachers were Leslie Howard, Czerny-Stefanska, Teofils Bikis, Arnis Zandmanis, Wilfred Delphin, and Richard Cass.

He has been a member of the piano faculty at Duke University. He is founder and president of the Triad Institute for Young Musicians. 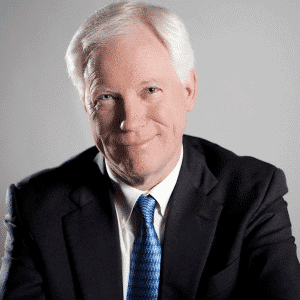 Sometimes younger piano students have a difficult time relating to musical styles of the 20th and 21st centuries. This workshop will present an array of “modern” compositions that might be appropriate and attractive to students in early intermediate through early advanced levels. An enormous variety of compositional idioms were used between 1900 and 2021: neoromantic, impressionistic, atonal, neoclassical, aleatoric, jazzy, and on and on. This workshop will cover an assortment of works from this time period, organized according to three difficulty levels—early/mid intermediate, mid intermediate/late intermediate, and early advanced. Composers of the canon, such as Bartók and Prokofiev, will be juxtaposed against lesser-known composers such as Nikolai Rakov (1908-1990) and distinguished composers of a younger generation such as Lera Auerbach (b. 1973). Piano music from Africa and the African diaspora, China, and the Americas will be covered as well. Of course, there is no way to cover 120 years of worthwhile music in a two-hour workshop. But, hopefully, this event will ignite curiosity and spark further exploration of this gigantic topic.

Pianist John Salmon (johnsalmon.com), on the faculty of the University of North Carolina at Greensboro, has distinguished himself on four continents, as both a classical and jazz artist. His performances have been heard on many radio stations in the U.S., including National Public Radio, WNYC in New York, WFMT in Chicago, and KUSC in Los Angeles; and on the national radio stations of Australia, Brazil, Canada, England, Finland, France, Germany, Holland, Hungary, Italy, Moldova, New Zealand, Norway, Spain, Sweden, Switzerland, and the Ukraine. Salmon is a frequent guest performer at festivals in the U.S. and Europe, having appeared at the Piccolo Spoleto Festival (Charleston, South Carolina), Piano Festival Northwest (Portland, Oregon), Interlochen Piano Festival (Interlochen, Michigan), Festival for Creative Pianists (Denver, Colorado), Festival Internacional de Música del Mediterráneo (Cartagena, Spain), and the International Bartók Festival (Szombathely, Hungary). He has toured China six times, with concerts in Beijing, Shanghai, Shenyang, and Hangzhou. Other special appearances include an all-Liszt recital in Mexico City for the American Liszt Society and an all-Brubeck recital in Washington, DC for the Music Teachers National Association, after which he jammed at two pianos with Dave Brubeck in a spontaneous version of Duke Ellington’s “Things Ain’t What They Used to Be.” He has also been the featured artist for the Music Teachers National Association state conferences in California (CAPMT), Virginia (VMTA), and Minnesota (MMTA). He has recorded four compact discs of Dave Brubeck’s classical piano music, on the Phoenix, Naxos, and Albany labels. Brubeck dedicated two compositions to Salmon—“The Salmon Strikes” and “Bach Again.” Salmon’s CD of piano pieces by Nikolai Kapustin is also on the Naxos label, and his CD of his own jazz compositions, Salmon Is A Jumpin’, was released by Albany Records in November 2010. As guest lecturer, Salmon has spoken on a wide array of topics including “Beethoven’s Shadow” (The Juilliard School), “September 1828: Schubert’s Last Three Piano Sonatas” (Boston Conservatory), and “Adding Notes to Classical Scores” (Conservatorio de Música, Morelia, Mexico). As author, he has covered such subjects as “What Brubeck Got From Milhaud” and “Urtext, que me veux tu?” and his articles have appeared in American Music Teacher, The Chronicle of Higher Education, Clavier, College Music Society Newsletter, Piano & Keyboard, and Piano Today. His book The Piano Sonatas of Carl Loewe is published by Peter Lang. Add On Bach (addonbach.com), called “playful, creative, and unique” by Clavier Companion, contains Salmon’s added lines, varied reprises, and cadenzas to keyboard works of J.S. Bach. Jazz Up the Inventions (jazzuptheinventions.com) and Jazz Up the Sinfonias (jazzupthesinfonias.com) have Salmon’s jazzy accompaniments to J.S. Bach’s Two-Part Inventions and Three-Part Inventions. Jazz Standards (salmonstandards.com) has his arrangements of twelve classic pieces from the American songbook, including “All of Me,” “Blue Moon,” and “Over the Rainbow.”

Wow! What a great result from this latest service. This piano is more amazing than ever! - John Pittman